I’ve watched a lot of lacrosse over the web and on TV during the past several years. I’ve seen games with low quality chunky and choppy feeds, feeds with terrible lag (it’s irritating when you find out about a goal on twitter a full minute before the “live” feed gets there), feeds with video but no audio, feeds with audio but no video, and feeds that just stop. But I’ve also seen games with sparkling, hi-definition, smooth, beautiful video and flawless audio. Much of that is based on the cameras and other video hardware as well as the network hardware and connection, so there isn’t much that can be done short of refitting the arena. You’re not going to get the beautiful hi-def video from the BCA in Rochester because they just don’t have the equipment to do that, whereas the LEC in Langley does – and I’ve seen some gorgeous feeds from the LEC.

But regardless of the actual video and audio quality, producing an NLL broadcast can be either great or terrible depending on the decisions made by the producers. So as a public service, here’s my:

DO: Use the mid-floor camera almost all the time. Now and again a lower camera in the corner gives a good view, but not always, and not for very long. And the behind-the-net camera is rarely useful unless it’s way up high.
DON’T: Switch to the lower corner camera every single time the ball is down near the goal.
ALSO DON’T: Install (or ever use) a corner camera that can barely see the net, Mohegan Sun people.

DO: Hire broadcasters who are knowledgeable but not biased, or at least not homers. I’ve said all this before. If the announcer is more excited when his team scores than when the other team scores, that’s fine. But if every time a player on one team is hit, he says “so-and-so is knocked to the ground, no call, …” but he never adds the “no call” when someone on the other team is hit, that irritates me.

DON’T: Broadcast the in-game host. The people in the arena should hear him/her, the people watching the broadcast should not.

DO: Have the broadcasters read my NLL Name Pronunciation Guide.

DO: Show the dance cam, kiss cam, “show us your muscles” cam, or just general shots of the audience when play is not happening. That can be entertaining and fun.
DON’T: Show any of these while play is on. This shouldn’t need to be said but I’ve seen it happen more than once.
ALSO DON’T: Simply show the Jumbotron feed with the “make some noise!” graphics and that sort of thing. Ever. 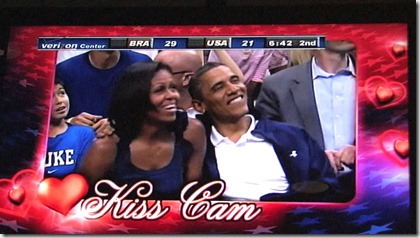 DO: Hire broadcasters who are familiar with indoor lacrosse. If you get field lacrosse guys, make sure they use the correct terms: there are no “ground balls” (or GBs, Randy Mearns) in indoor lacrosse, they are called “loose balls”. (I’ll give Mearns a bit of a pass because he played in the NLL but he’s also a field coach so he concentrates on field lacrosse these days.) Recently a broadcaster talked about a player having his foot in the “goal circle”. We call it the “crease”.

DO: If you’re showing a replay, make it obvious by putting a “replay” banner or something on the screen. In a recent Black Wolves game, they showed the fancy swooshing NLL graphic that usually precedes and follows replays but then went immediately back to live action. It took me quite a while to stop yelling at the screen “SHOW ME THE GAME” and to realize that they were.
DON’T: Cut to that replay while play is on. Or switch away from live action for a replay of nothing interesting happening as the Black Wolves did in the same game.

DO: Display the score, quarter, and time remaining (and ideally, shot clock) in a narrow bar across the top of the screen or in one corner (top left is my personal preference). If it’s possible, also indicate when a team is on a power play (and how much time is left). Other “nice-to-haves” would be an indication of whether a net is empty and when a delayed penalty is called.
DON’T: Have this graphic take up the top quarter of the screen.

DO: Have the announcers explain some of the weird or lacrosse-specific rules. We understand that not everyone watching is a lacrosse die-hard.
DON’T: Let them anywhere near the microphone if they don’t know these rules. Now and again the refs make a call that seems incomprehensible or incorrect because of some information the announcers don’t have. I get that. But when the broadcaster is baffled on why a penalty shot is awarded when a team already two men down takes another penalty, or wonders why a goal scored with 30 seconds left in the 4th quarter is being reviewed when neither coach asked for it, that’s not helpful to the newbies, annoying to the die-hards who are yelling at their screens, and gives a bad impression of the league – that they would hire broadcasters that don’t know the game.

DO: If you have someone interviewing the players or coaches during breaks in play or at the end of a quarter, have them ask specific questions.
DON’T: Let them take the easy way out and just say “Talk about the play of <Player having a good game>”.
ALSO DON’T: Ask how someone is feeling immediately after an emotional loss, whether it’s in OT, or after a big comeback, or in a playoff game. We all know how they’re feeling and they don’t want to talk about it.
DO: Interview Alexis Buque after he wins.