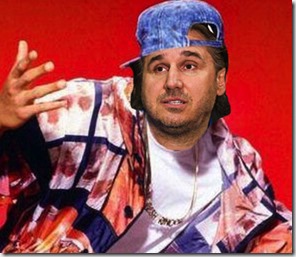 Now, this is a story all about how
My lacrosse life got turned upside down
And I’d like to take a minute, sit wherever you want,
And I’ll tell you how I became the prince of Saskatchewan.

In Edmonton, Alberta born and raised
In the boardroom was where I spent most of my days
Chillin’ and businessin’ all throughout the year
And watchin’ some lacrosse when the weekend’s here

For the first buncha years the team was no good
Hard to make money in this neighbourhood
But then Matthews, Church, and McIntosh came out the front door
Boldy, Dilks, ‘n Rubisch guard the far end of the floor

But the people never came and the city said no
And that’s when I figured that we had to go
Called a moving van, said “better be here soon”
Then I told the driver “Yo, home to Saskatoon!”

We pulled into the province down Highway 16
And I yelled to the people “Gotta brand new team!
We’re the best in the league, the best team in town,
And they’re owned by the Prince of Saskatchewan!”

(with apologies to Will Smith)

Many thanks to my friend John Lepp for the photoshop work!