In the indoor lacrosse world, this is one of the best times of the year. It’s been seven months since the Championship series and over three months since the Mann Cup finished. But now the NLL training camps are in full swing, rosters have been announced, and we’re only a week away from the regular season beginning. Everything’s great, right? Not so much. This year, the entire lacrosse community is reeling from the passing of several people – including five within four weeks – who have had huge impacts on the sport.

Like every other community, the lacrosse family has come together in the past due to tragedy. Sometimes the outcome is positive, like the case of Jenna Pollock, wife of Swarm and Mammoth forward Sean Pollock, who fought breast cancer back in 2012 and won. Stealth coach Chris Hall missed most of the 2012 season because of cancer, but he beat it and was back behind the bench in 2013. Other times the story doesn’t end as well; despite never having met either of them, I know I shed a tear or two over the passing of Chris Sanderson in June of 2012 and Kyle Miller a year later.

But I don’t remember a period of time in which the lacrosse world was rocked by tragedy so many times.

At the beginning of June, Stealth head coach Chris Hall announced his retirement to focus on his health. The cancer that he had beaten a year before had returned with a vengeance. Chris was immediately nominated and elected into the NLL Hall of Fame.

After that, we had a pretty typical off-season until September, when multiple Mann Cup winner Dave Pirog died. Pirog may not be a name familiar to casual NLL fans, though he was a scout for both the Toronto Rock and Ottawa Rebel, an assistant coach for the Vancouver Ravens, and defensive co-ordinator for the San Jose Stealth. He won two Mann Cups playing in MSL and was a coach for several different junior teams both in MSL and the WLA.

On November 13, the Rock announced that GM Terry Sanderson had become ill while on vacation and would be taking some time off from his duties. T had suffered a heart attack while in Florida and passed away two weeks later on the 27th. The outpouring of sorrow from the entire NLL and the Orangeville community was immense; Terry touched a lot of lives in the lacrosse world and it seemed that everyone who played with him or was coached by him came away better for it.

A little over a week later, a name from the past resurfaced as former NLL commissioner Jim Jennings passed away from cancer. Jennings was commissioner from 2000-2009 and presided over the league during its most active period, when teams were being added, moved, and dropped all over the place. Not everyone agreed with all of the moves but there’s no denying that Jennings worked hard to try to expand and grow the league. He failed in places like Columbus, Chicago, and New York, but Colorado, Calgary and Edmonton also came into being on his watch so there were some big successes there too.

The very next day, Peterborough lacrosse player Mark Evans passed away. Evans had won three Minto Cups and three Mann Cups and was, I believe, the uncle of NLL players Shawn and Scott Evans.

But it doesn’t end there; in fact it just got worse.

On December 15, the Edmonton Rush announced that Derek Keenan would be taking a leave of absence from his GM and coaching duties to be with his wife Wendy, who is fighting stage four pancreatic cancer. Keenan actually disclosed Wendy’s illness at the NLL awards ceremony in September but the team knew about it last season. This may help to explain one of the most cohesive teams in NLL history – nobody was playing for personal stats or accolades, it was all about the team – or more accurately, it was all about Derek and Wendy. 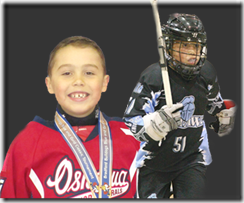 Only two days after Keenan’s announcement came one of the most crushing blows of all, the passing of little Tucker Williams on December 17 after a year-long courageous battle with lymphoma. I never met Tucker and I’ve only met Shawn Williams once (and that was over ten years ago, before Tucker was even born), but Shawn’s uncle Mike and his family are very good friends of mine, and so this was difficult for me personally. I heard about Tucker in the morning while at work and spent the entire afternoon hoping nobody would come into my office and ask why my eyes were red. The outpouring of grief, support, and love for the Williams family on social media was just as amazing as the unfairness of losing an eight-year-old boy was incomprehensible.

I was part of the way through writing this article when I found that I had to extend it. Chris Hall may have won the cancer battle the first time around, but as it all too often does, cancer ended up winning the war. Hall succumbed to his illness on December 21, only four days after Tucker. Yet again the social media pages were awash in praise for CH the coach as well as CH the man.

With the holiday season upon us and the upcoming NLL season beginning, this should be one of the best times of the lacrosse fan’s year. I’m sure we’ll all be thrilled and excited once we manage to get past the devastating heartbreak.

One thought on “The best of times, the worst of times”