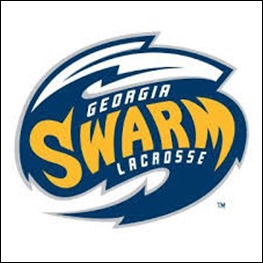 The NLL has announced that it’s returning once again to the place where box lacrosse franchises go to die: the American south. The Swarm are moving from Minnesota to Georgia to become the Georgia Swarm. Presumably the name was not changed so that all the t-shirts and swag that just says “Swarm” or “Hive” doesn’t have to be thrown away.

There’s no way to know how successful this franchise will be until they actually start playing. And by “successful” here, I’m talking about the ability to keep a team in that city for more than a couple of years. Success on the floor will help, but there are two problems there: (1) the Swarm haven’t had much of that over the past few years, and (2) as I mentioned the other day, lots of other NLL teams have folded despite on-floor success.

Let’s take a look at the available data to see if we can make our estimate of success a little more educated.

The NLL has some history in the south, but most of it isn’t so good. There have been five NLL franchises over the years that are south of Denver, Colorado:

San Jose Stealth – The Stealth were in San Jose for 6 years after Albany and before Washington. Their average attendance was 4707 per game. This is only higher than 8 other NLL teams in history – but 3 of those 8 are the Albany Attack, Washington Stealth, and Vancouver Stealth. San Jose also has the honour of hosting the game with the lowest reported attendance in league history: 1437 people came out to watch the Stealth beat the Edmonton Rush 14-6 in 2008.

Arizona Sting – The Columbus Landsharks played 3 seasons before moving to Glendale, Arizona, where they played for 4 years as the Sting. Despite never finishing higher than 9-7, they went to the Championship game twice, losing to the Rock in 2005 and the Knighthawks in 2007 (in the infamous circus game). In attendance, the Sting averaged 6216 per game, right about in the middle of all NLL franchises. For the 2007 Championship game, their last ever game, they managed to pull in almost 10,000 people which is quite respectable.

Anaheim Storm – The Storm played 2 years in Anaheim after a couple of years in New Jersey. They were pretty darned awful though, going 1-15 in 2004, their first season, but improving to 5-11 in 2005. At 4790, their attendance was just higher than that of the San Jose Stealth, but as we know that’s not saying much.

Orlando Titans – The New York Titans spend 3 seasons in the Big Apple before moving to Orlando, where they only lasted one year. On the floor they had success, finishing 11-5 and making it to the Eastern Final where they lost to the Rock. Their attendance was higher than that of both the Sting and the New York Titans at 7035; in fact that puts them in the top half of NLL teams.

Charlotte Cobras – The Cobras spent a single season, 1996, in the league and finished 0-10, losing each game by an average of 10 goals. They had the lowest average home attendance of any team in NLL history, at 2760. Two of the ten lowest-attended games happened in Charlotte.

(Note that Philadelphia almost made this list too: Philly is north of Denver by approximately twelve miles.)

So the Titans and Sting did reasonably well attendance-wise, but the others really didn’t.

Now let’s look at the pros and cons of this situation.

Is is possible the Georgia Swarm will thrive and be a successful franchise? Sure it is. Maybe the cheaper rent will be enough of a change that they don’t have to trade players once they get good and start asking for the money they deserve. Maybe Georgia will turn out to love box lacrosse. But it seems to me that the odds are against them. Call me pessimistic, but I give them two seasons in Georgia before they either move again or fold.