Yesterday I began a list of changes I’d like to see in the NLL next season. There were only two but they got kind of long so I broke the rest out into today’s article. Did I miss any? Leave a comment with your 2017 wish list!

Better schedule – Some teams had a great schedule in 2016. The Stealth had a bye in week one and then played exactly one game per week until week 18. The Bandits played twice in weeks 8 and 16 and only missed weeks 1 and 12.

But the Black Wolves played twice in one weekend four times and had four bye weekends. Between March 25 and April 9 (16 days), they played five games. Rochester played their fifth game on Feb 13, the same night the Mammoth played their eighth. The Rock and Rush played in Toronto one night and Saskatoon the next. Creating a schedule when many of the teams in your league are the second- or third-highest ranking tenant in their building is challenging but it’d be nice if it was a little more balanced. And since this is a wish list, let’s hope for all Friday and Saturday games.

The Rock won’t suck – It sounds like Josh Sanderson is done as an NLL player, and it wouldn’t surprise me if Colin Doyle retires before next season as well. That puts the Rock down two strong lefty forwards. While I’m sure guys like Dan Lintner (though he’s a righty) and Turner Evans are looking forward to more floor time, I imagine the Rock may be looking for other solutions. But barring a trade for Shawn Evans or Adam Jones (and I know Evans is a righty but I imagine they could still make it work), the Rock may be in for some offensive struggles for a season or two.

Then again, you may remember back in the summer of 2010 when the Calgary Roughnecks lost two of their biggest offensive threats in the same offseason – Tracey Kelusky and, coincidentally, Josh Sanderson. We all thought that the Roughies were in for a rough (see what I did there?) 2011 season but they ended up 11-5 and won the West. Why? Well, some of it was a rookie named Curtis Dickson, some of it was Kaleb Toth and MVP Jeff Shattler each increasing their offensive output by 50% from 2010, and some of it was the addition of Cory Conway and Daryl Veltman. They didn’t replace two superstars with other superstars (though Dickson eventually became a superstar), but the changes they made were more than enough. 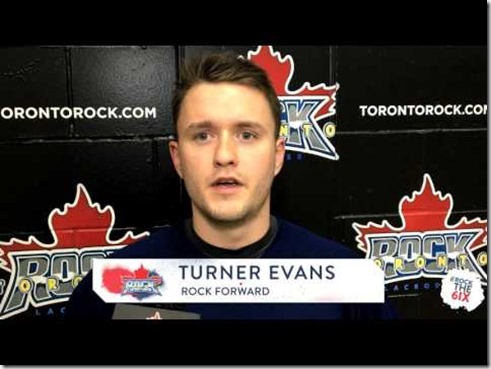 It might be a tall order for the Rock to win the East next year without Sanderson and Doyle but if one of Lintner and Evans turns into Curtis Dickson, Hellyer and Leblanc score 171 and 105 points respectively, and the Rock bring in two other 50-point scorers, they could be fine. Of course I’m kidding here, but the point is that while it will be tough, the Rock could still have a successful season despite losing Josh and Colin. It’s far too early to make a prediction either way, but again, this is my wish list, not a prediction list.

Gains in Swarm, Black Wolves attendance – Another wish that is not a prediction, unfortunately. Perhaps the fact that both teams made the playoffs in 2016 will help to increase attendance, but there have been too many teams whose on-floor success was not correlated with butts in seats to really believe that. In fact, you can look at the Black Wolves themselves: In 2015 when they were 4-14, they averaged 3915 per game. In 2016 when they were 10-8 and made the playoffs, their attendance actually went down by about 160. Their two lowest attended games of the year were their third-last and last games, meaning that they had already cemented themselves as a playoff-bound team. Didn’t matter.

The Swarm averaged 4668 per game, almost a thousand more than New England but about half of the 2015 Minnesota Swarm. The off-season build-up seemed to work – they had over 9000 out to the first home game. But the very next game it dropped to 4850 and pretty much dropped steadily after that to a low of 2957 in the second-last game, and then jumped again to about 5300 in their last game.

Part of the problem in both cases was the schedule. The Swarm went from January 18 to March 17 – TWO FULL MONTHS – with a single home game. Each team also had three Sunday games, which are rarely good for attendance. In contrast, the Bandits, Knighthawks, Mammoth, Rush, and Stealth had NO Sunday home games. The Rock and Roughnecks had one each. If we can get rid of the Sunday (and Monday and Thursday) games, surely that will help with attendance as well.

Both the Black Wolves and Swarm are young, talented, and exciting teams to watch. The Wolves have one of the best players in the league – last year’s MVP and possibly this year’s as well. The Swarm have a crop of young players who have the potential of turning into one of the best offenses the league has seen in many years. If each team can beef up their local and social media presence, community involvement, etc. maybe they can get those attendance numbers up to the 6000-7000 range, ironically where the Philadelphia Wings and Minnesota Swarm were in their final years.