Last week on Addicted to Lacrosse, I talked a little bit about the circumstances surrounding the Ryan Dilks / Cliff Smith fight from last Saturday. I said that I was surprised that the Stealth ended up on the power play rather than the Rush, considering Matt Beers should have gotten a penalty for an illegal cross-check and Smith could even have gotten a third-man-in penalty (which is an immediate game misconduct and a game suspension). I didn’t say it in so many words but my implication was that the refs blew the call.

The video from the fourth quarter from that game was not yet available so I couldn’t go back and see what actually happened, but it’s there now, so here’s my follow-up.

In short, I was wrong.

Here’s what happened. Jeremy Thompson ran up the floor looking backwards, waiting for a pass from Ryan Dilks. He received it, turned around, and saw Matt Beers right in front of him. He dropped his shoulder a little just before they collided and Beers went flying. Thompson kept the ball and walked away slowly. Beers got up, came back over and cross-checked Thompson across the upper arm. Dilks took exception to the hit and went after Beers and while the two of them were chatting, Thompson took another couple of steps, dropped to his knees for a second, then rolled onto his back, clearly hurt. At that point, Cliff Smith got between Dilks and Beers and the two of them got into it. I can’t say for sure that any actual punches were thrown before they fell, almost on top of Thompson.

Dilks got two for roughing, and Dilks and Smith got five each for fighting. 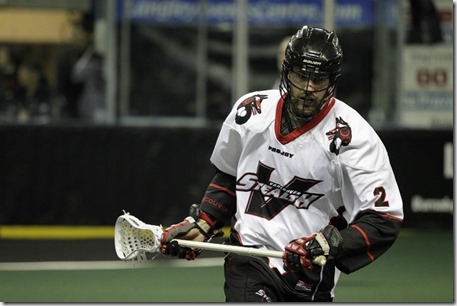 Mistake #1: Beers hit on Thompson was a totally legal cross-check. No penalty was warranted.

Would I have given Dilks an extra two for roughing? Probably not, but I can see why they did. So the end result: The refs got it right, as they usually do. And I was wrong, as I… well, let’s just leave it at I was wrong.