Yesterday I talked about the Raptors winning the NBA Championship and how the reaction of the City of Toronto (and much of Canada, actually) made me sad for the state of the NLL. It’s not because the NLL isn’t at the same level of popularity as the NBA, it’s because I’m not confident it’ll ever get there.

I tried to imagine how the NLL can go from what we have now to a league where people who don’t follow lacrosse and don’t know anything about the game are caught up in the hype of a Championship and start watching. Lots of changes are necessary but first and foremost, it would require that many if not all games (and definitely all playoff games) are available on network TV, not through some paid streaming service. I had no problems with BR Live this past season (though I know others did) and I thought 40 bucks to watch every game all season was a pretty good deal. But I’m a die-hard who is willing to pay to watch lacrosse games. The vast majority of people are not. We’re just not going to gain new fans by making them pay to watch.

Of course the league is constantly trying to get on TV but let’s face it: despite the fact that the NLL has been around for thirty years and has been on TV in the past, it’s still unproven and the TV execs don’t have the confidence that televising lacrosse will make them money. Perhaps the league needs to pay them for a year or two to build up the audience. They don’t need to get NBA-type viewing numbers but if the numbers are good enough, then maybe the networks will start paying the league rather than the other way around.

That said, the Toronto Rock did pay for their games to be televised on Sportsnet in Canada for several years. They don’t do that anymore. I don’t know the reasoning behind why they stopped, but I think it’s fair to say that if televising the game drove up attendance (at least enough to cover the cost of TV), they’d still be paying for it. Clearly it didn’t. 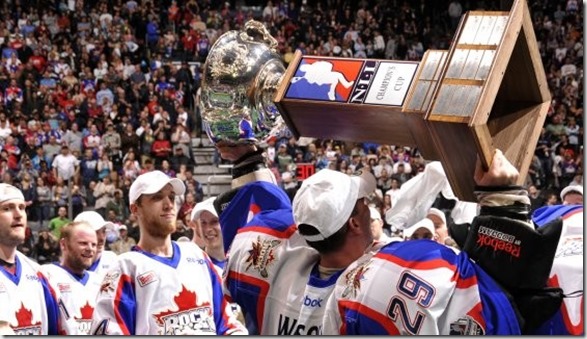 The PLL made its debut a couple of weeks ago and some of their games are televised on NBC. I haven’t seen any actual numbers but the word is that they’re pretty good. If the PLL can introduce enough people to field lacrosse and get decent numbers, maybe the Rabil boys can help a brother out and start pushing NBC to talk to Nick Sakiewicz about the NLL.

A lot of lacrosse fans have been playing and watching their whole lives so interest in lacrosse has just always been there. Much of the rest of the lacrosse world, myself included, were introduced later and fell in love with the sport. But many people watch and just aren’t interested. The old adage about bringing someone to a lacrosse game and they’ll be a fan for life just isn’t true in general. We dream about getting the NLL on TV and millions of people watching and wondering why nobody told them about this amazing sport and suddenly the players are full-time lacrosse players making big bucks. Yes, that’s the goal but it’s been the goal for a couple of decades and I’m not sure we’re any closer.

The NBA is huge in terms of popularity. Think of the celebrities you routinely see attending NBA games. Drake is always behind the bench in Toronto. Jack Nicholson has been going to Lakers games for many years. During the finals we saw President Obama, Beyonce and Jay-Z, various NFL players, golfers, hockey players, and lots of former NBA players. It’s likely that these people were given free tickets but it’s also not unlikely that many of them went looking for the tickets. They didn’t have the league or hosting team contact them and ask if they wanted tickets, or pay them to attend.

But it’s not all doom and gloom. After originally being sad, I’ve regained my optimism about the NLL. The fact that celebrities are not spotted at NLL games should not be a reason for pessimism. There are many levels of success between where the NLL is now and the NBA. We may not be able to #GrowTheGame to the same level as the NBA, NHL, or NFL, but that doesn’t mean it can’t be more popular than it is, and it’s certainly no reason to stop trying.