A number of player and team milestones can be reached this year, including one fairly significant one: Dan Dawson could (fairly easily, by his standards) be the all-time league leader in assists. Here’s a list of the most likely milestones to be hit: 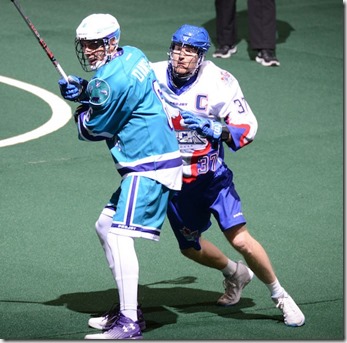 Toronto’s sixth win of the season will be the franchise’s 200th. Georgia needs six and the Black Wolves need ten for 50.

With 99 points this year (a tall order, but not unimaginable), Eli McLaughlin would tie Adam Jones for 4th on the Mammoth while Jacob Ruest needs 34 to catch Sean Pollock for 11th. A 116-point season from Rob Hellyer would tie him with Stephen Leblanc for 4th on the Toronto Rock list, while 82 for Tom Schreiber ties him with Aaron Wilson for 9th.

I looked over each of the teams to see what their all-time leader board looked like, and as you might expect from a 28-year-old team, the Bandits leaders will not change significantly anytime soon. Dhane Smith is third all-time but needs around 350 points to catch Mark Steenhuis, who is almost 800 behind John Tavares. The only other active Bandit in the top 20 is Steve Priolo, who’s tied with Kevin Dostie for 19th. Priolo could pass Jim Veltman for 18th with 11 points.

This section is for players who are close to passing a retired player on the career list in a particular category.