In Evan Schemenauer’s Random Thoughts article from January 8, 2018, he talks about Calgary’s offensive struggles so far this year, and how scoring fewer than ten goals will not win you many games. Then he drops this:

Graeme Perrow can probably tell us the stat, but your odds of winning a game scoring less than 10 goals must be less than 10%.

I began writing this for my Stats Central column on IL Indoor but all I really have here are the numbers. There’s not much in the way of analysis. But I wanted to answer the call nonetheless so here we go.

The next logical question: how high do you have to go to win more than half of your games? Thirteen goals should do it, right? That would have been my guess, but not quite. 13 goals was enough to win 45.7% of NLL games but to get over the 50% mark (57.7%) you needed 14 goals.

So that’s it. Going by NLL history, in order to win more than 50% of your games, you need to score 14 goals.

No, you don’t. I’ve calculated the wrong thing. What I found above was that 50+% of games were won by a team that scored 14 goals. Did they need to score 14 goals? Not always; if the final score was 14-8, they only needed to score 9. 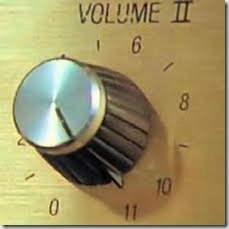 We need to look at this question the other way around – how many goals did the losing team score in these games? (Warning: “expert” analysis ahead) In order to win, you need to score one more than that.

The two “next logical question” paragraphs above (after the 95% answer and ending with “Or do you?”) I wrote while honestly thinking I’d answered the right question. But I hadn’t, I answered an entirely different question. I even thought “Wow, 14 seems high, I wouldn’t have expected that” and checked my numbers again. But the numbers weren’t the problem, the interpretation of them was. Rather than rewriting the whole article, I left all of my “reasoning” there as an illustration that reading the stats is easy but interpreting them is the real challenge.